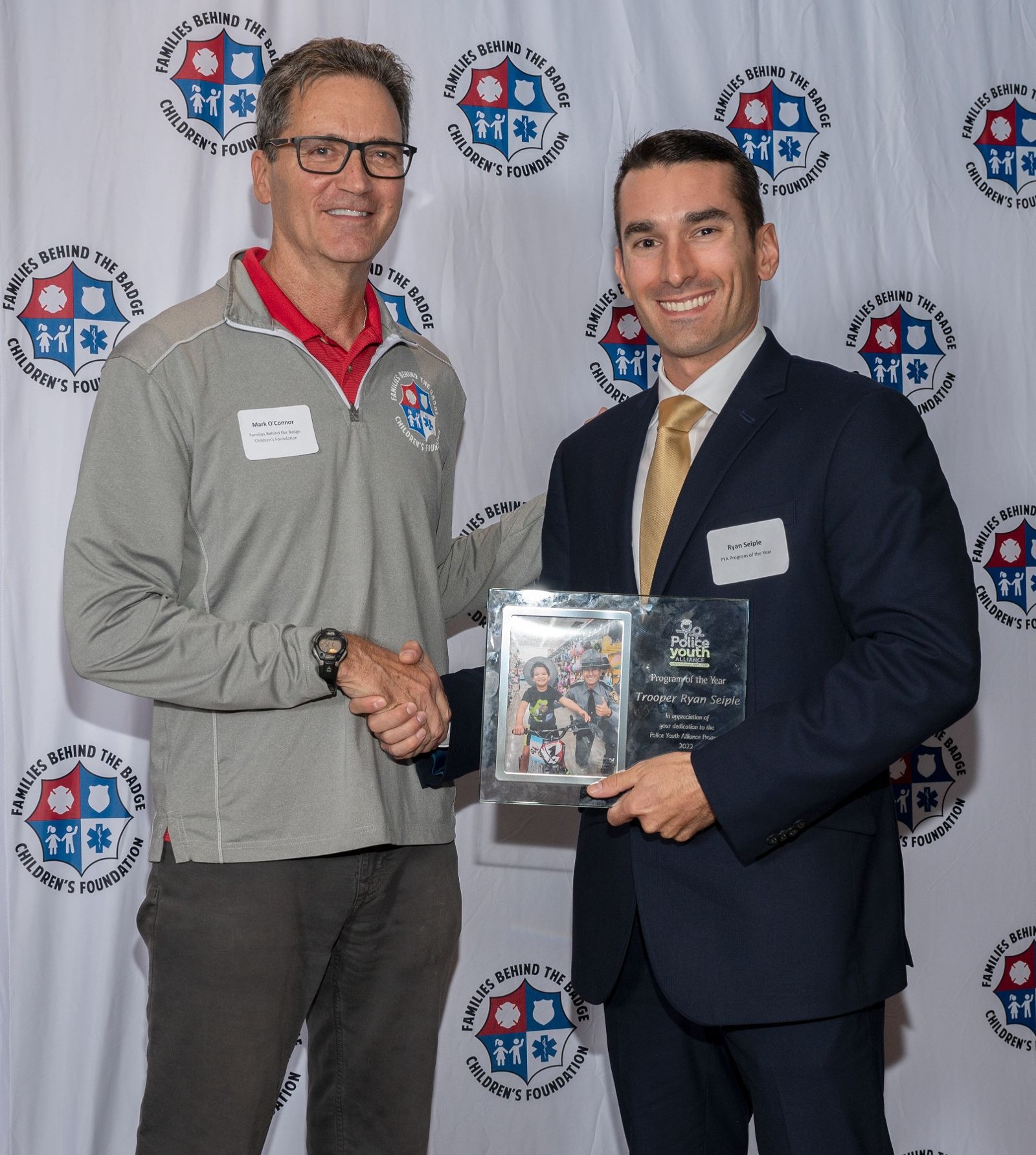 Ryan is rather new to our organization but has made a tremendous contribution to PYA in 2 short years. Originally, he reached out to us for funding for his Pedal for the Future initiative which pairs police departments with underprivileged kids to purchase bicycles and learn to ride them together. We loved his perspective and enthusiasm which matched perfectly with our PYA Program.

For the 2nd year in a row, Ryan has been paired with 1st graders at Keystone Elementary School in Croydon, PA for the PYA Reading Program. We have seen him go above and beyond during the program - bringing in a PSP helicopter for the kickoff event, handing out backpacks to each student, bringing in other Troopers to assist in other classes, bringing in different units for the kids to test the sirens, and learning about different community helpers. Ryan is dedicated to making a change in the lives of local children and it shows through his passion and leadership.

Ryan also rode in The Ben to The Shore Bike Tour this year as the captain of team Together with Troopers. Not only did he recruit members of the PSP community but he also set up PSP Honor Guard and National Anthem singer to perform at the starting line in Philadelphia. 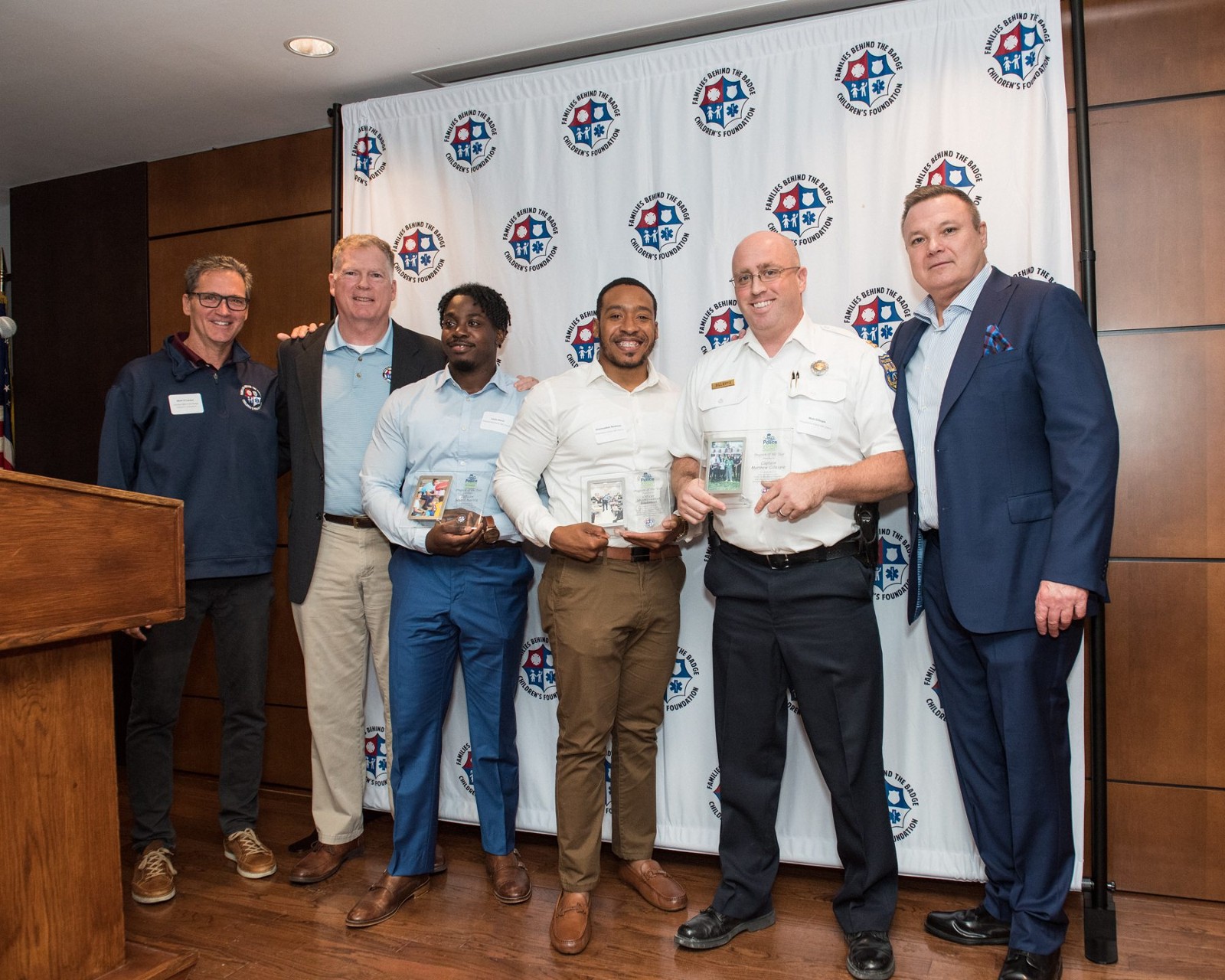 During Covid, we had to think outside the box in order to continue our PYA program. We connected with Captain Gillespie on Twitter about his work in the 18th District and collaborated for Skills & Drills at Christy Rec. He is dedicated to making a change in the lives of children in the 18th District and it shows through his passion and leadership.

Officers Baukman and Harris embraced Skills & Drills and our other PYA programming instantaneously. Every Friday night they would be at Christy Rec to teach skills such as first aid, financial planning, and resume writing then follow it up with sports drills. This kept kids off the streets and gave them something both fun and beneficial to take part in. 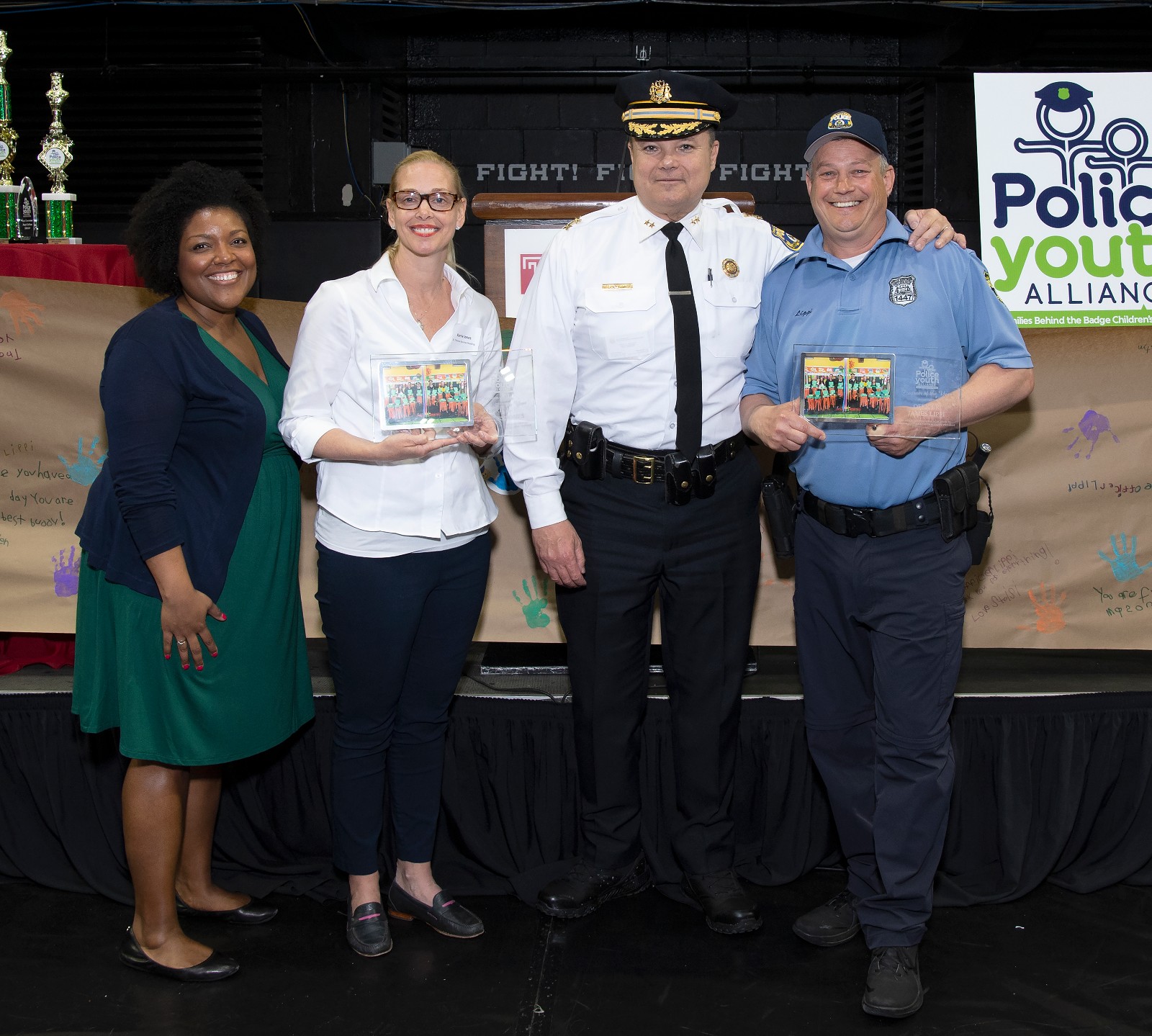 Officer Lippi's passion sparked the ideal for our Annual Program of the Year Award. Paired with St. Thomas Aquinas in the 17th District, Officer Lippi is a constant presence at the school, even outside of programming hours. What started out as a reading program with Ms. Jones' kindergarten class quickly turned into field trips, special parties including mummer's costumes, Irish Potato making, and Christmas tree lightings.

If you walk around the halls of St. Thomas to this day, you will hear all the kids saying hi to him and giving him high fives while recalling a special interaction they had with the infamous Officer Lippi. He is beyond dedicated to the program and is a shining example of what a well-rounded community-centered police officer should be.